A Sunday sermon by Pastor Ray, “That They May Believe in the Message of the Latter Sign”. The reading is Exodus chapter 4, verses 1 – 9. Delivered on Sunday 16th January 2020.

1 Then Moses answered and said, “But suppose they will not believe me or listen to my voice; suppose they say, ‘The Lord has not appeared to you.’ ” 2 So the Lord said to him, “What is that in your hand?” He said, “A rod.” 3 And He said, “Cast it on the ground.” So he cast it on the ground, and it became a serpent; and Moses fled from it. 4 Then the Lord said to Moses, “Reach out your hand and take it by the tail” (and he reached out his hand and caught it, and it became a rod in his hand), 5 “that they may believe that the Lord God of their fathers, the God of Abraham, the God of Isaac, and the God of Jacob, has appeared to you.” 6 Furthermore the Lord said to him, “Now put your hand in your bosom.” And he put his hand in his bosom, and when he took it out, behold, his hand was leprous, like snow. 7 And He said, “Put your hand in your bosom again.” So he put his hand in his bosom again, and drew it out of his bosom, and behold, it was restored like his other flesh. 8 “Then it will be, if they do not believe you, nor heed the message of the first sign, that they may believe the message of the latter sign. 9 And it shall be, if they do not believe even these two signs, or listen to your voice, that you shall take water from the river and pour it on the dry land. And the water which you take from the river will become blood on the dry land.” 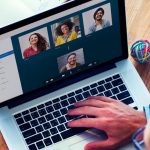 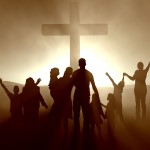 And There Was Great Joy in That City

“[Folly of the Godless, and God’s Final Triumph] To the Chief Musician. A Psalm of David. The fool has said in his heart, “There is no God.” They are corrupt, They have done abominable works, There is none who does good.” — Psalm 14:1 Copyright © 1982 by Thomas Nelson, Inc. Powered by BibleGateway.com.