Should a Christian take part in Halloween?

Halloween began over 2,000 years ago among the Celts, who were the original inhabitants of the British Isles (even before the Romans and the Saxons came along) and their pagan priests called the “Druids”. The Druids are history’s “kings of the occult”. Witchcraft, Satanism, paganism and virtually all practitioners of the occult have been influenced by the Druids. From the popular jack-o’-lantern, trick-or-treat, costumes, to the pranks, ghoulish ghosts, demons, goblins and witches – Halloween owes its birth to the Druids.

The Druids celebrated two special nights of the year: Beltane and Samhain. Beltane took place on May 1 and marked the birth of summer. Samhain occurred on November 1 (the day after our Halloween – Halloween was a preparation for it) and signified the death of summer. Samhain, a night celebrating death and hell, was the Druids most important ritual. It was a terrifying night of human sacrifices. Says Dr Terry Watkins:

“The Druids believed, during Samhain, the mystical veil separating the dead from the living opened. The Druids taught these roaming spirits loosed on Samhain went searching for a body to possess. The frightened Celts would masquerade as demons, evil spirits and ghosts, hoping to convince the roaming evil spirits, they were another evil spirit, and leave them alone. The Celts also prepared meals as “treats” to appease the evil spirits from “tricks” or malicious acts; hence our custom of “trick or treat.” The Druids performed horrifying human sacrifices and other vile rituals during Samhain. Samhain night was terrifying.”

The Druids would drink their victim’s blood and eat their flesh. Two quotes from historians reveal how gruesome it was:

“They [Druids] sacrificed victims by shooting them with arrows, impaling them on stakes, stabbing them, slitting their throats over cauldrons (and then drinking the blood)…” (Guiley, Rosemary Ellen. Harper’s Encyclopedia of Mystical & Paranormal Experience, p. 167)

…and the Roman historian Pliny…

How did this “celebration” turn into the Halloween we know today? In 601 A.D. Pope Gregory sent Catholic missionaries who swarmed across Britain and Ireland seeking mass conversions to Catholicism. His plan was to cunningly convert the Druid rituals into Catholic rituals. The Catholics converted the ritual of Samhain into the festival of All Saint’s Day or a day of celebration and prayer to dead “Saints” who were suffering in Purgatory.

The Druid holiday was a night when Celtic tribes communed with the spirits of the ancestral dead. These pagan celebrations were taken into the Catholic Church and rather than extinguish old customs, the church leaders provided Christian versions of them: from the Middles Ages on, All Saints’ Day and All Souls’ Day replaced the ancient Celtic celebrations of the dead.

Halloween is also among Satanism’s most cherished days. Anton LaVey, founder of The Church of Satan and author of The Satanic Bible writes:

“After one’s own birthday, the two major Satanic holidays are Walpurgisnacht (May 1st) and Halloween.” (LaVey, Anton Szandor. The Satanic Bible, p. 96)

“It [Halloween] gives even the most mundane people the opportunity to taste wickedness for one night. They have a chance to dance with the Devil … I see Satanists all over the world meeting in small groups this night and Hallowe’ens 500 years hence, to raise a glass to the Infernal Hosts…”

The Satanic Calendar decrees for Halloween: “One of the two most important nights of the year… Blood and sexual rituals. Sexual association with demons. Animal and human sacrifice—male or female.”

“Trick or treat” is another Druid inspired custom:

“Every year on Halloween, many children throughout the world dress up in costumes and go door to door in a ritual known as trick or treating … unaware that their innocent masquerade is actually the remnants of a Druid religious practice from times most ancient.” (Dunwich, Gerina. The Pagan Book of Halloween, p. 11)

Masks and costumes carry a long history in the occult and demon possession. Masks are contacts to the spirit world to invite the spirit to “possess” them.

What the Bibles says

The big question, therefore, is this – “Do Christians have the Christian liberty to join in with these things?” Is it merely a matter of individual conscience or does the Bible forbid us to get involved? The clear answer of the Bible is “NO”!!

The Apostle Paul wrote in 2 Corinthians Ch 6 to Christians who were tempted to join in with Pagan festivals in his day. What was his command?

“14 Do not be unequally yoked together with unbelievers. For what fellowship has righteousness with lawlessness? And what communion has light with darkness? 15 And what accord has Christ with Belial? Or what part has a believer with an unbeliever? 16 And what agreement has the temple of God with idols? For you are the temple of the living God. As God has said: “I will dwell in them And walk among them. I will be their God, And they shall be My people.”17 Therefore “Come out from among them And be separate, says the Lord. Do not touch what is unclean, And I will receive you.”18 “I will be a Father to you, And you shall be My sons and daughters, Says the Lord Almighty.” 7v1 Since we have these promises, beloved, let us cleanse ourselves from every defilement of body and spirit, bringing holiness to completion in the fear of God.

In 1 Corinthians Ch 10 he had already warned them that the powers working behind Pagan religions were Demonic:

…that the things which the Gentiles sacrifice they sacrifice to demons and not to God, and I do not want you to have fellowship with demons. 21 You cannot drink the cup of the Lord and the cup of demons; you cannot partake of the Lord’s table and of the table of demons. 22 Or do we provoke the Lord to jealousy? Are we stronger than He?

Not only Should Christians avoid these things, Paul says that we should not have even the slightest connection with them – just in case non-Christians think we are joining in. 1 Thessalonians 5:22 he says:

“Abstain from all appearance of evil.”

Given these warnings – and the wickedness of the Halloween celebration – why would any Christian want to be involved in it??

For further information on this topic see Dr. Terry Watkins of “Dial-the-Truth Ministries” – where much of my article is taken from. http://www.av1611.org/halloween.html 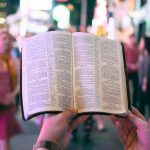 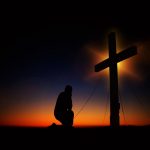 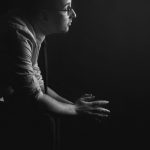 “And be kind to one another, tenderhearted, forgiving one another, even as God in Christ forgave you.” — Ephesians 4:32